HOW MOUNTAIN STREAM FIXED A RUSSIAN VERSION OF WINDOWS

Customers are great. We‘re very fond of them and, let’s be honest, without them we wouldn’t be here. But sometimes they don’t tell you the full story. We don’t mind, we’ve learned that it doesn’t matter much in the end. Sometimes though they forget to tell you something that might be important. We’ve had a couple of these lately.

We had fixed a Tilehurst customers laptop a couple of months beforehand. He got back in touch to  let us know his wife’s laptop was behaving oddly and asked if we could collect it and repair it for her. Of course we could, that’s what we do.

We collected the laptop, took it back to our place, booted it up and were faced with a load of error messages. In Russian. That’s the part they forgot to tell us about. His wife is Russian and so is the Operating System on her computer.

We do have many skills and abilities but speaking Russian isn’t one of them. Luckily for all concerned the problem was of the type that we see  fairly regularly so we were able to make educated guesses at what the messages were telling us. We can also tell the difference between “Da” and “Nyet” even when they are in Cyrillic. It took a bit longer than the same repair would have with an English language version of Windows but we got there. Another happy, and somewhat contrite, customer.

The other similar job recently was for an exchange student at Reading University except her Windows was a Korean version. We don’t speak Korean either but managed to get that repaired laptop back to her the same day 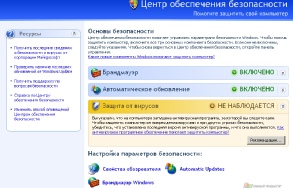